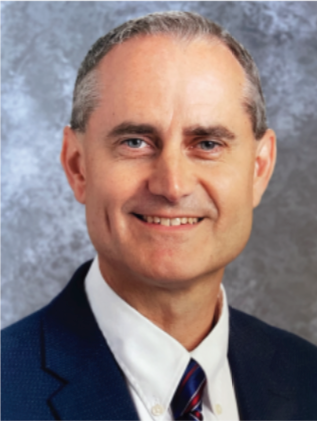 Mr. Biese joins St. Ignatius as an accomplished national Catholic classical school leader. He most recently served as head of school at St. Thomas More Academy in South Bend, Ind., an independent Catholic classical school. Prior to his role in South Bend, Mr. Biese served as principal at Holy Trinity School in Winsted, Minn., and as headmaster of St. Joseph Academy in San Marcos, Calif. Under his leadership, these Catholic schools increased enrollment; enhanced Catholic and faith formation opportunities; embraced the Catholic classical educational approach; launched additional co-curricular, theater, and athletics opportunities; and consistently ranked among the highest in their respective dioceses and states for standardized test scores and other academic measures.

“The classical approach, when done well, works. Students learn how to seek, discover, and embrace all that is true, good, and beautiful,” Mr. Biese said. “[And,] there is nothing more important or powerful to help humans to become most fully human than truly living out the Catholic faith. When students are enveloped within a comprehensive and dynamic Catholic culture, with daily, regular participation in the sacramental life and prayer, the school becomes a place where students are trying to be good, trying to please God with all that they do. This is what draws me to St. Ignatius Catholic School!”

Prior to his roles in Catholic school leadership, Mr. Biese taught at the middle school level at Catholic schools in Wisconsin, Minnesota, and California. He has also served as editor and author for various Catholic, university, and diocesan publishers.

Mr. Biese earned his bachelor’s degree in theology and philosophy from Franciscan University of Steubenville and his master’s degree in theology and Christian ministry from Franciscan University of Steubenville. Throughout his professional and educational careers, he has collaborated with Catholic theologians, apologists, leaders, and mentors such as Dr. Scott Hahn, Dr. Edward Sri, and Dale Ahlquist.

As St. Ignatius has increased enrollment and grown over the last few years, organizational leadership has realigned to continue to best meet student, family, and school system needs. Current System Administrator and Headmaster Mr. Nathan Vande Hey will transition to the newly named system president role, and Mr. Biese will serve in the head of school role. Mr. Biese will work closely with Mr. Vande Hey and Associate Head of School Ms. Krystyn Schmerbeck, overseeing the day-to-day school operations, instructional staff, and students. Mr. Vande Hey’s role will shift to focus on the school’s organizational direction in accordance with the mission and strategic plan.

As the only grade 3K-12 Catholic classical school in the Fox Valley, St. Ignatius has experienced a more than 75% increase in enrollment since 2018, added high school grades 9-12 (St. Ignatius Chesterton Academy) in 2021 as part of the international Chesterton Schools Network, and continued to meet the unmet demands of students and families for a Catholic classical education in the Fox Valley.

Mr. Biese’s parents are Kaukauna/Freedom natives and has called this return to the Fox Valley a “homecoming.” He and his wife have 11 children, 7 of whom are school-aged and will join the St. Ignatius community as students.